Picture the scene, you’re packing for your holiday. Clothes adorn every surface of the bedroom in various piles – what if I go somewhere that requires shoes? Will they have an iron there? (I never iron anything anyway, so why I’d worry this I’m not sure.) Then, as you finally slide the zip on the suitcase home you think, what should I take to read?

This was basically my Sunday afternoon, so I thought, why not share what I decided on as it just might help you too! 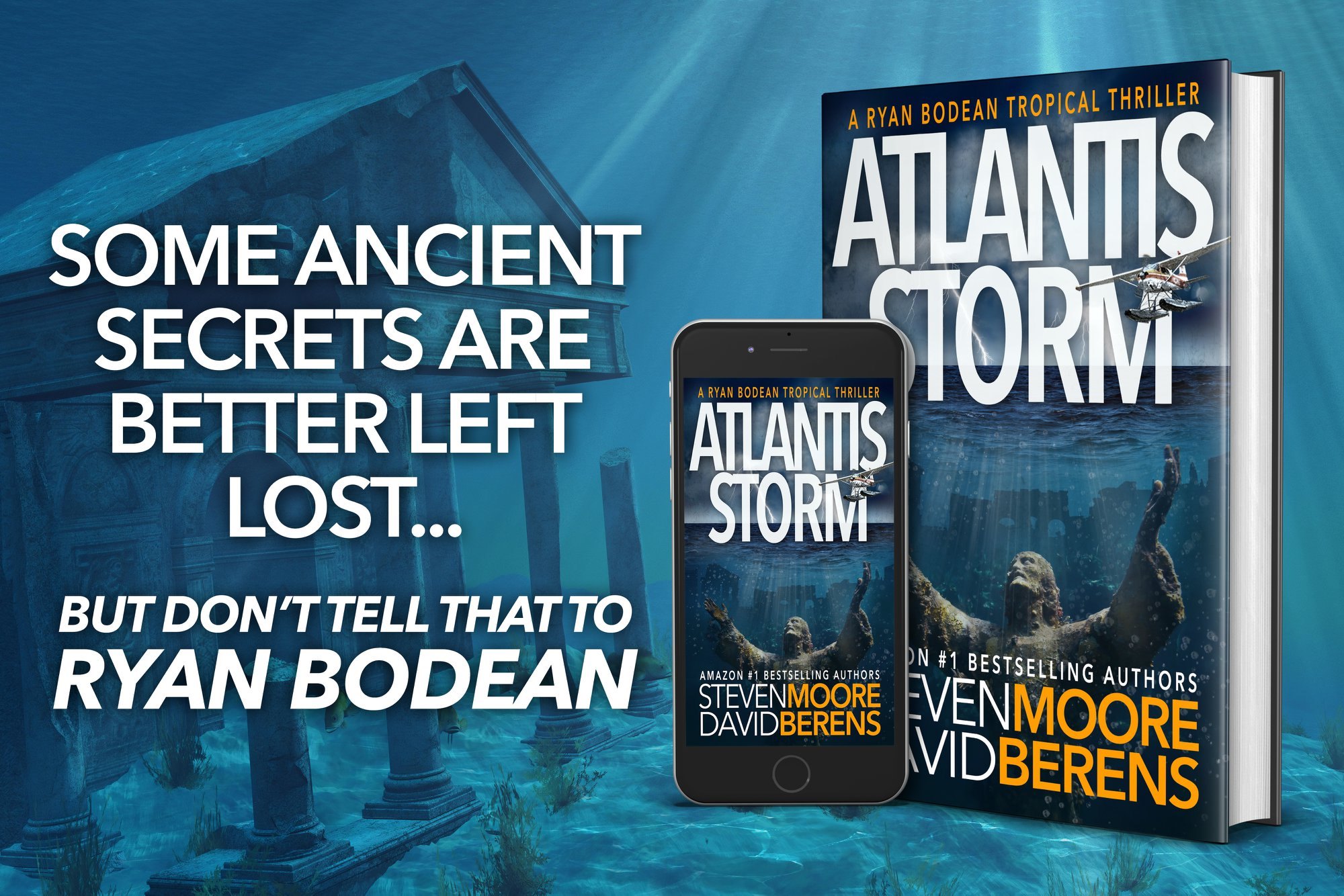 I’ve been looking forward to the release of Atlantis Storm since I read Havana Fury which is the series prequel. That was a great fun adventure of a story, so I’m expecting Atlantis Storm to fly across my Kindle. Having met Steven at the London Book Fair too, It’s lovely to support the projects of friends.

Here’s the description:
An enigmatic visitor. To mysterious artefact. A map revealing not all myths are fake. The down on his luck Ryan Bodean and eternal optimist Megan Simons are at it again. This time it’s a death-defying search for the fabled lost city of Atlantis.
But when a dangerous cult of Atlantean fanatics stop at nothing to keep their ancient secret, will it only be the legendary city that disappears beneath the sea?
This action/adventure and tropical thriller will keep you turning pages deep into the night. If you like edge of the seat, hold-onto-your breath, unputdownable thrill rides, you’re gonna love this book. Clive Cussler, James Rollins, and Matthew Reilly fans, clear your schedule and click to grab your copy now – free for Kindle Unlimited readers! 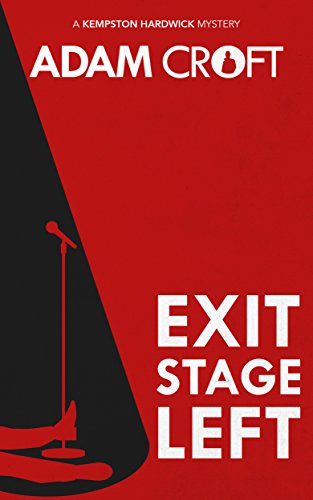 Exit stage left is the first of Adam’s Kempson Hardwick Mysteries. I love a good murder mystery and have had my eye on this series for a while, so this holiday is the perfect opportunity to jump in.
I found in the last year I’ve been reading more and more books like this. I think at some point in the future I’d love to have a go at writing my own mystery thriller – what do you think?

Stand-up comedy should be fun. But murder tends to sour the mood.

Charlie Sparks’s comedy isn’t Kempston Hardwick’s cup of tea. Not many things are. But when the comedian drops dead during his set, Kempston thinks someone’s taking things a bit far.

Kempston wanted a quiet night out. Ellis Flint wanted an autograph. But Charlie Sparks’s inconvenient death drives them both towards justice — and Fettlesham.

But who would want to murder a washed-up has-been? Why did he propose marriage to a stripper who’s young enough to be his granddaughter? And why does Ellis have so much sugar in his tea?

Whatever Happened to Betsy Blake by David B Lyons 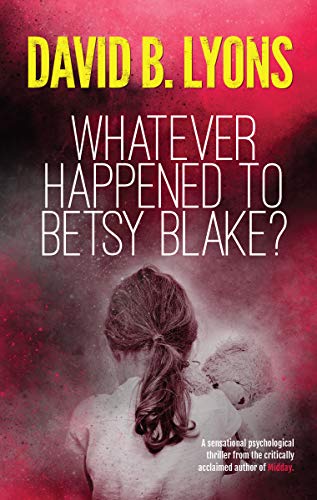 I’ve spoken to David a few times via a Facebook group for independently published authors. He (and many of the other people on there) have been so helpful when I’ve needed to ask advice about something. So, when I saw one of his books in the same category as Kathmandu, I thought I needed to give it a read. The story sounds gritting and enthralling so I can’t wait to dive in.

Here’s the description:
If your daughter went missing, how many years would it take for you to admit she’s never coming home?
Betsy Blake was only four years old when she vanished outside her family home in Dublin.
Her father – wracked with guilt for the past seventeen years – still can’t bring himself to admit the search is over, despite the fact his wife has moved on and police have closed off the investigation.
When he is informed he must undergo major heart surgery that he only has a fifty percent chance of surviving, Gordon Blake hires a local PI to give the investigation one last try.
But surely rookie PI Lenny Moon – who has little or no experience in such high-profile investigating – doesn’t have what it takes to make a breakthrough in this case before Gordon is put to sleep.
…or does he?
The clock is ticking…

Right, that’s the bag’s packed and the Kindle loaded. Now, where’s that passport?